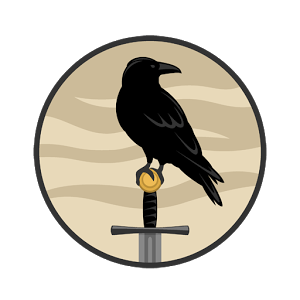 The name wasn't my idea, but I kinda like it (I'm sometimes called Throne3d, sometimes Nineza). :P

Ok - considering the void left after (first) TWFR died and (next) TWPF seems to have gone down, I decided to create a farming script.

It's been approved (I just wanted to check in case AJAX isn't allowed or something - it was in the case of TWPF, but just checking) - basically it reads reports, creates a clicky link or two on certain pages, and helps with farming and shaping.

Instructions (per world)
1. Run the configuration script once and do as it asks (also feed it information as it requests it).
2. Import reports (either from Reports > Attacks or a specific report page by running the script).
3. Add villages to your farm list (find their village page, run the script, click "Add to list" if it's not already added - importing reports will also add them; this list is per-village ).
4. Go to your rally point
5. Run the script - it should automatically scout (if set to do this) stale/old/unscouted villages, then shape them if enough troops available and set to do this (with axes, a scout, rams for the walls, catapults for the farm and headquarters and so on), then farm them if set to do this (with light cavalry and scouts).
6. On the confirmation page (Yes, click "Attack"!), if set to catapult, run the script again - here it will select and building and say "Changed" next to the dropdown.
7. Repeat.

Notes
It works using "localStorage", so you will have to have a browser compatible with this - it should warn you if localStorage is not present. This also means it will not work on multiple browsers, unless you save "localStorage.twstuffz" and reimport it on the other browser.
It was originally done using Chrome as the test bed, but has been updated to work in Opera 12 as well as the major browsers (mostly untested apart from Chrome + Opera 12).
On the rally point, it uses the current outgoings to work out which village to do next - this means you may do multiple tabs to attack in for multiple villages, but not multiple tabs for a single village.
If an error message appears stating the bigger player's points are too high, or that the player is banned, running the script again will trigger that village to be disabled from your farm list.
The configuration script's "delete disabled villages" is a one-time thing - to have this happen again, you must re-run the configuration script (just press "OK" on everything before the 'delete disabled' bit) and perform this action.

2014-08-19, 1.0.6:
-New option to prevent import of reports with a player as the defender
-Truly fixed the localization thing (and the stupid page thing - beta has changed that village overview page YET AGAIN)

Final note
Please make sure to give feedback (preferably here or via PM) - I will try to add any features you request (providing they aren't against the ToS and fit with the rest of the script), fix any bugs you may have, and add any extra notes that I haven't already stated! (The script runs somewhat weirdly, so you may have to ask for clarification on some points).

Also, it's possible that this post will become too old to be edited, in which case, I'll just post updates as they come in response to this thread. (Changelog can be found in an external file here - look for that version in reply)